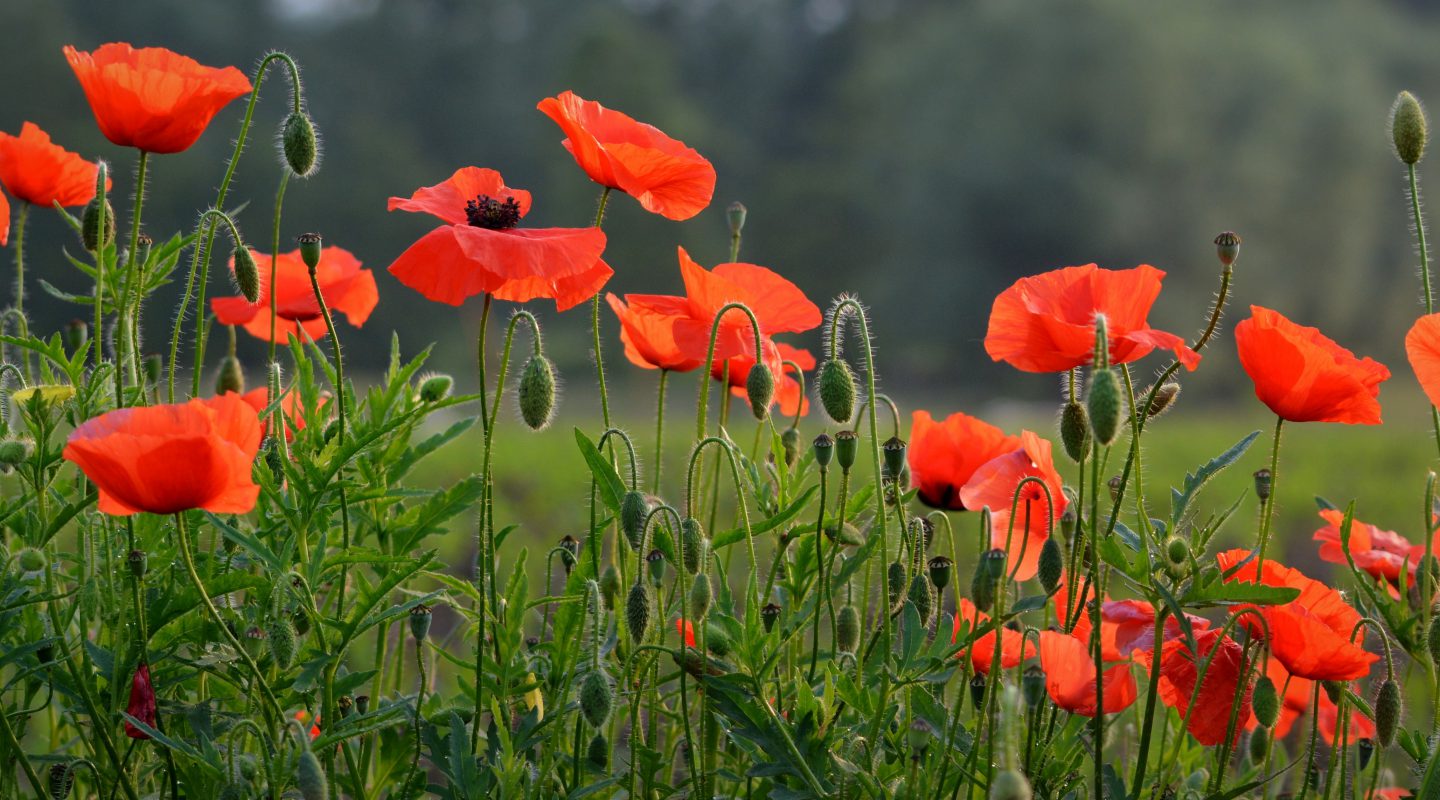 Starting day 1 at the Somme in Albert or even a bit further in Compiègne (département Oise) we make a 4 days Battlefield Tour through Northern France and Flanders Fields in Belgium.

Very touching cycling tour with optional adjustments according to your own nationality. Whether you want to focus on the British, German, French, Belgian, Irish, Canadian, New-Zealand, Australian,  South-African or even Chinese-Indian and Portugese presence during the First World War in these areas, it will always become an unforgettable experience. It makes you having a look on all aspects and so many human concerns that are at stake when a war rushes through so many lives.

Where to start on DAY 1 ? a matter of choices!

Péronne, Albert or even Compiègne are very interesting locations from where we head up to the north, following the old battlefields that were situated here during 1914-18.

If you choose to start in Compiègne, the first itinerary also passes along the Armistice location of ‘la Clairière‘ situated in the woods. It’s a long trip to Arras or you choose to stop in Péronne? Since we have an accompanying car with us, the car might bring you to your hotel in Arras, so skipping part of the long distance-ride.

If you choose to start in Albert, we do pass the Newfoundlanders Memorial in Hamel as well as the Ulster Tower and Thiepval Memorial (can be compared with the Menin Gate in Ypres). Including Pozières (first time ever tanks were involved in 1916) we pass also the South-African Memorial at Delville Wood before reaching Arras. 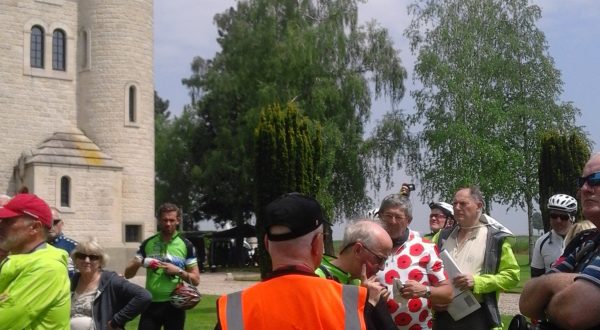 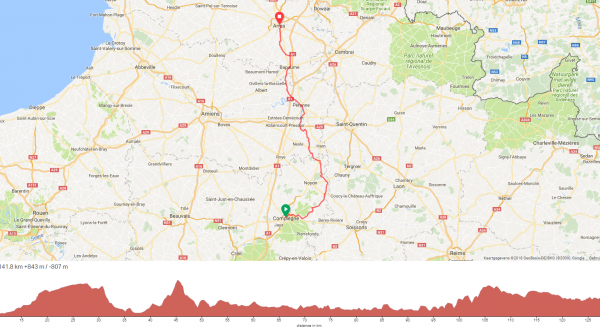 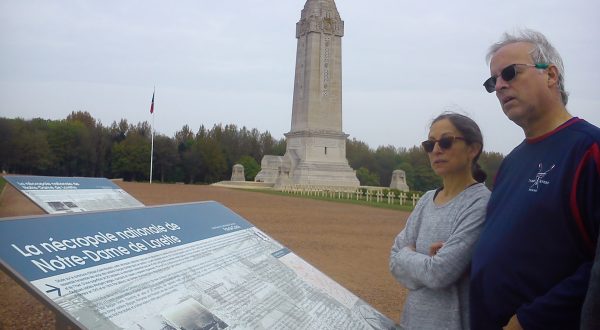 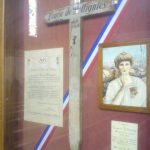 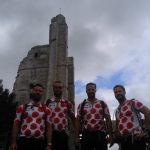 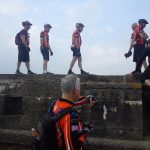 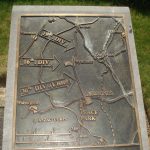 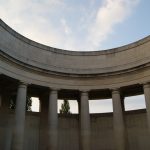 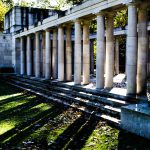 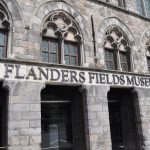 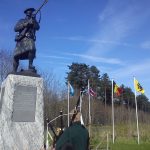 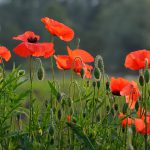 This tour has many possible adjustments depending on certain priorities you might bring with you, such as specific Memorials, cemeteries and former battlefields where perhaps one of your ancestors was involved. 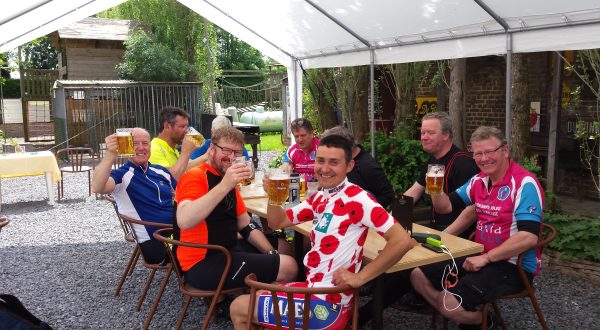 A combination of cycling and tasting the best Belgian Beers? It is surely a great idea on this great cycling trip between Ypres and the St.-Sixtus Abbey. 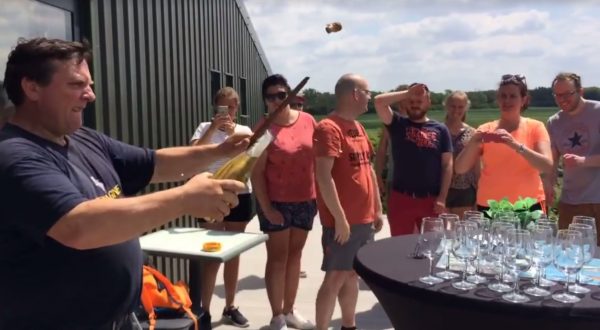 For the more ‘Bourgondic’ cycling tourists among us, this wine and cycling heritage tour is a must. Monteberg & Entre Deux Monts in 'Heuvelland' are surprising discoveries in the capital region of beers and ... wine as well! Enjoy and listen our astonishing stories of heroic cycling classics (Ghent-Wevelgem) or Tour de France-passages. Get in touch with the famous champions of cycling, of which some of them were very local (Freddy Maertens, Frank Vandenbroucke, Johan Museeuw, Michel Pollentier...).
Since we have road race bicycles as well, you might try the extended version also (from 80 till max. 100 km through Flanders Mountains).
Last but not least, discover the very surprising "Zilver Cruys", several highly reputated wines that easily compete the better Loire & Bourgogne wines, but here cultivated in the former battlefields and so nearby Monuments & trenches. 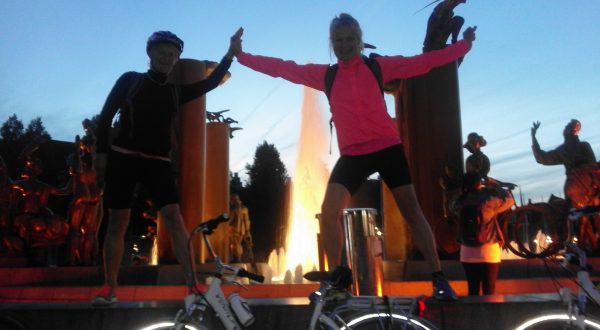 In 2 days we make the connection from "In Flanders Fields" with Bruges "Venice of the North". On day 3 you might cycle back to the Battlefields...

Make your reservation here! As soon as your request has been sent, we confirm and discuss all details about the desired program. Date of tour depends on availability (guiding/bicycles). It might happen that we have to check out alternative dates. So, the sooner you contact us the better!

Our tariffs are partly pro person, partly a common price (luggage & car transfers), for the hotels based on average prices that we knew from our last season when having our customers lodging in some of our recommended hotels. You always have the personal choice to make your own accommodation selection. If you want us to make your booking, you always get a transparent view on these.

not included yet the entry fees for Museums: visit the Carrière Wellington in Arras, visit the Thiepval Memorial (with or without museum), visit the Ulster Tower (possibility for a guided tour by local Irish guide in the trenches of the surrounding forest – an adjustment on the distance of this stage is strongly recommended in case you do), visit the In Flanders Fields Museum in Ypres or other Musea in the Ypres Salient!

In every overnight city there are lots of nice restaurants for evening dinners!